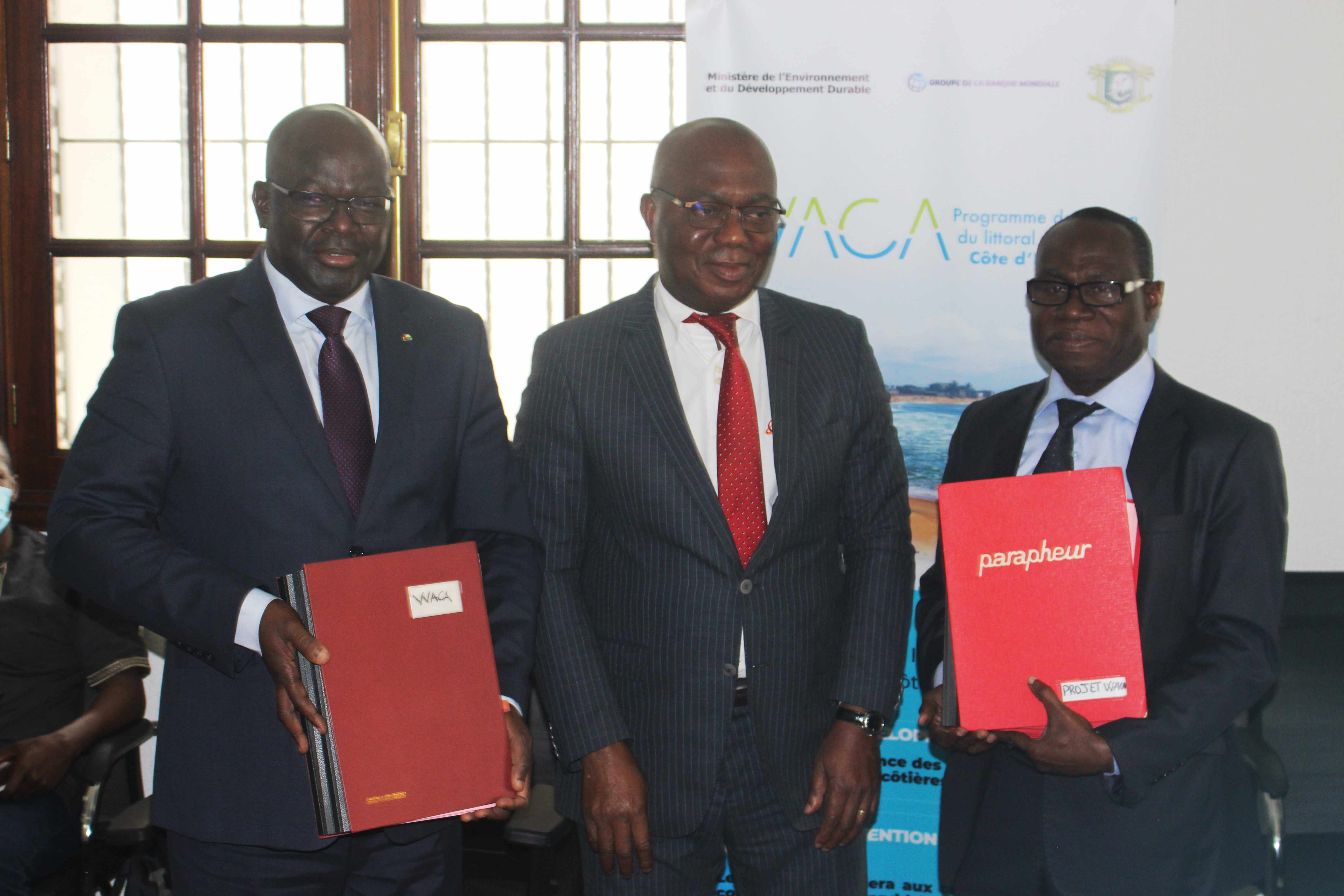 In October, WACA Cote d’Ivoire signed a convention with the agency in charge of parks and reserves.

“The action plan for this convention will cover a period of four years, from 2020 to 2023,” says François Kouablan, Chief of Staff, Minister of Environment and Sustainable Development, Cote d’Ivoire. “Within the framework of this convention, the WACA Program will provide funding of CFA 200 million to the OIPR to carry out specific activities we jointly agreed to execute.”

For Colonel-Major Tondossama Adama, Director General, OIPR, the involvement of communities is crucial to the success of the upcoming interventions. “I can reassure you that OIPR will make every effort to carry out the activities,” says Adama. “We will put in place an action plan that will support communities living in the vicinity of the parks and islands and involve them in the conservation and restoration of the fragile ecosystems."

The last decade has been marked by a rash of natural and man-made disasters. These have led to the destruction of biodiversity, and annual loss of 10 to 20 meters of coastal land. These disasters are the root causes of coastal erosion, which weakens the resilience of people living on the coast, as Adama has observed.

Mr. Ochou, WACA Project Coordinator, noted that the project aims to develop and strengthen the resilience of communities and targeted areas of the West African coast. In Côte d'Ivoire, WACA seeks to build coastal resilience with funding of about CFA 16 billion from the World Bank for five years, from 2018 to 2023. The scope of interventions includes the rehabilitation and reforestation of mangroves in the lagoon complex of Grand-Lahou in the south, but also two Protected Areas, namely the Azagny National Parks and the Ehotilé Islands, placed under the exclusive management of OIPR.