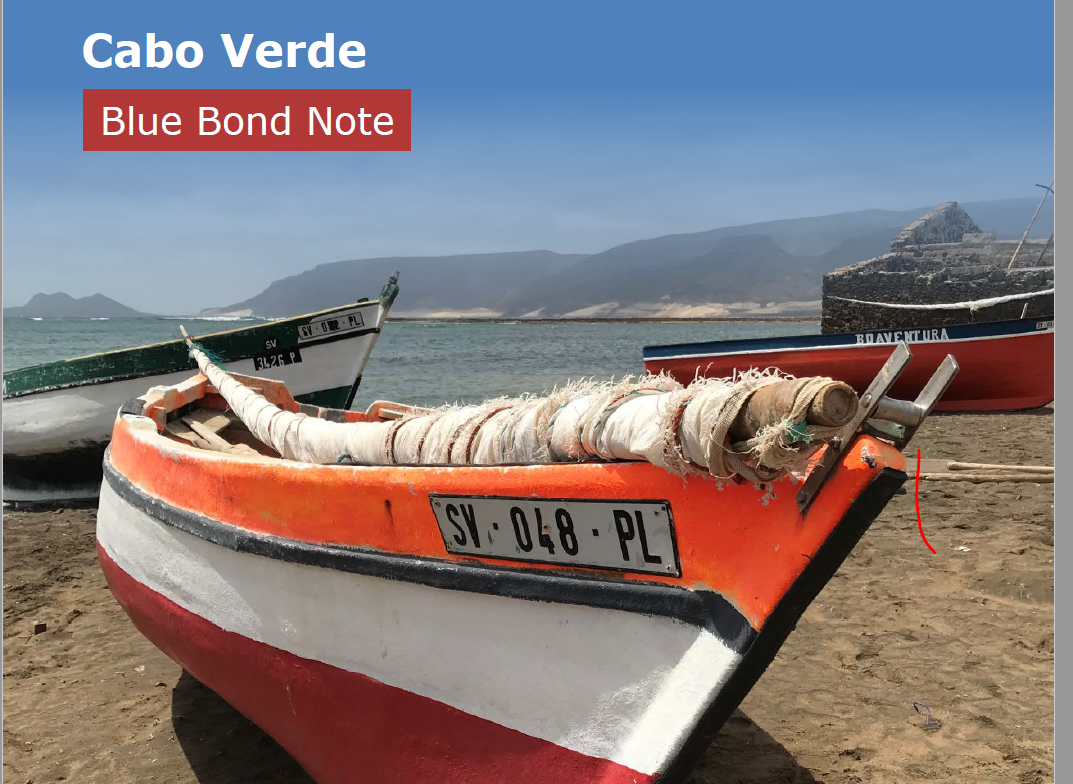 Cabo Verde recognizes the growth potential of its coastal and marine natural capital.

The Government of Cabo Verde recognizes the growth potential of its coastal and marine natural capital and the need to preserve it. It is increasingly paying attention to the potential of a blue economy strategy that could serve as a key enabler of growth and poverty reduction while preserving the environment and increasing its resilience to climate change.

Shifting to a blue economy will require access to affordable financing at scale.  This report concludes that a Blue Bond, in the order of $10-15 million, would be an adequate instrument for Cabo Verde. It would support the government’s strategy to diversify borrowing sources in anticipation of transitioning out of concessional lending. It would also build on one of the country’s main assets, its ocean. Building on the experience of the first sovereign Blue Bond issued by the Seychelles, it is possible to lower the bond’s rate to attractive levels through credit enhancement features, such as a partial credit guarantee.

The sectors best fitted for Blue Bond financing could be ecotourism, marine plastic, and sustainable fisheries, as they would be most likely to combine development impact, revenue generation, preservation of the coastal and marine environment, and attractiveness to blue investors. The report recommends a small number of large investments to reduce transaction costs.