Togo: launch of large-scale works to protect the coastline with Benin 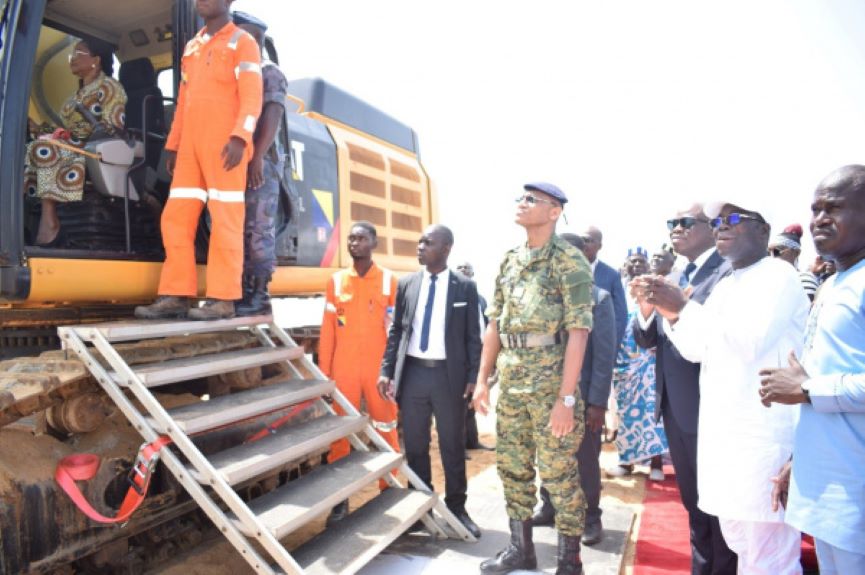 Cross-border works to protect the Togo-Benin coast launched on Thursday, November 3, 2022 in Aného.

(Togo First) - The large-scale cross-border works to protect the Togo-Benin coast were launched on Thursday, November 3, 2022 in Aného, at a ceremony presided by the Togolese Prime Minister, Victoire Tomégah-Dogbé. The ceremony was attended by the Representative of the Minister of Environment and Forestry Resources of Togo, Foli-Bazi Katari, that of his counterpart from Benin, José Tonato, and the Head of Operations of the World Bank in Togo, Fily Sissoko. 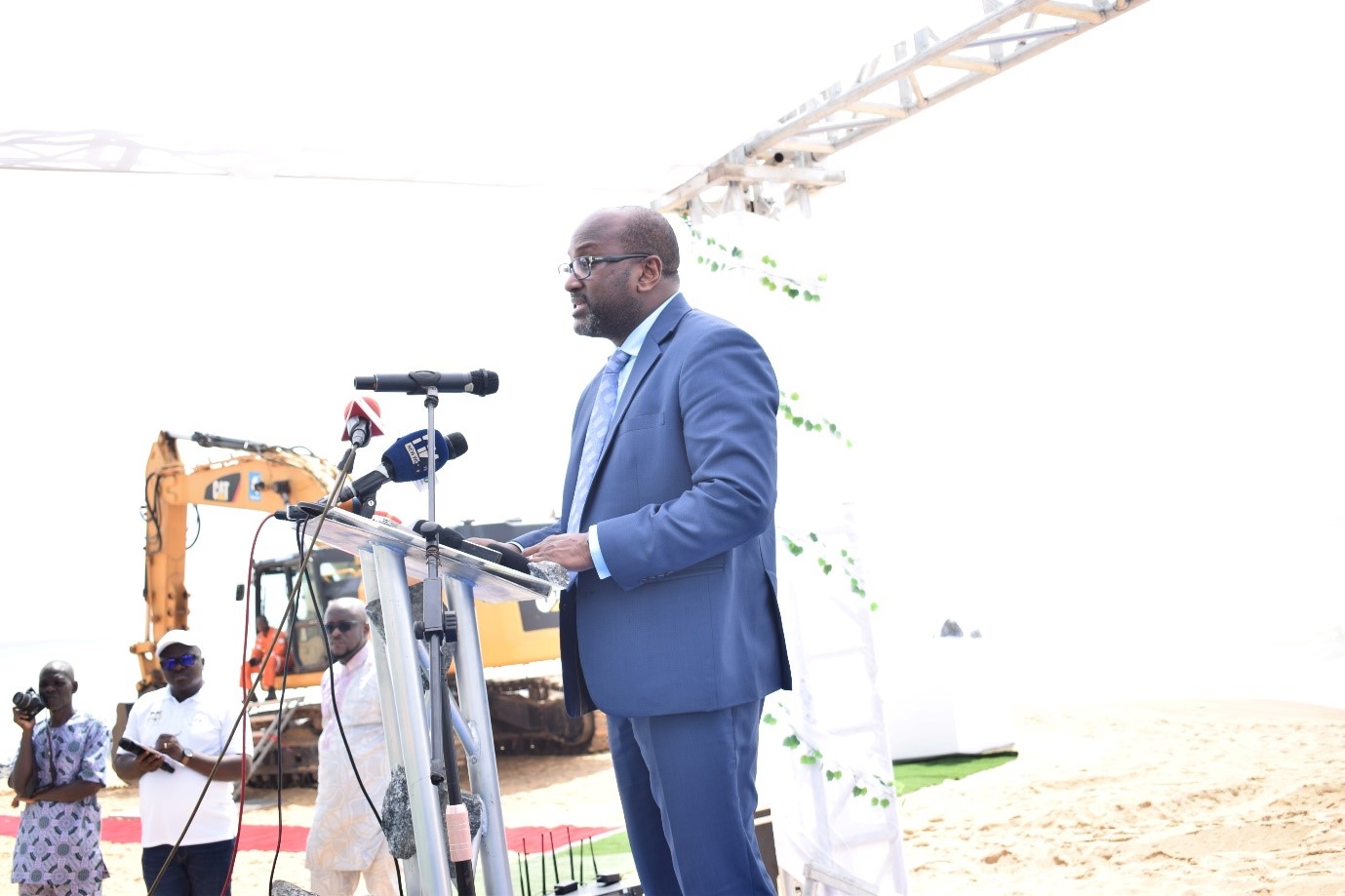 "The investment work that we are launching will enable the populations to regain the ability to enjoy the resources that used to constituted their main source of income," said Fily Sissoko.

Led by the Dutch company Boskalis BV, these efforts should reconcile the communities living along the coast with the sea, according to the Mayor of Commune Lacs 1, by protecting from erosion the portion of the coastline running from Agbodrafo in Togo to Grand Popo in Benin. 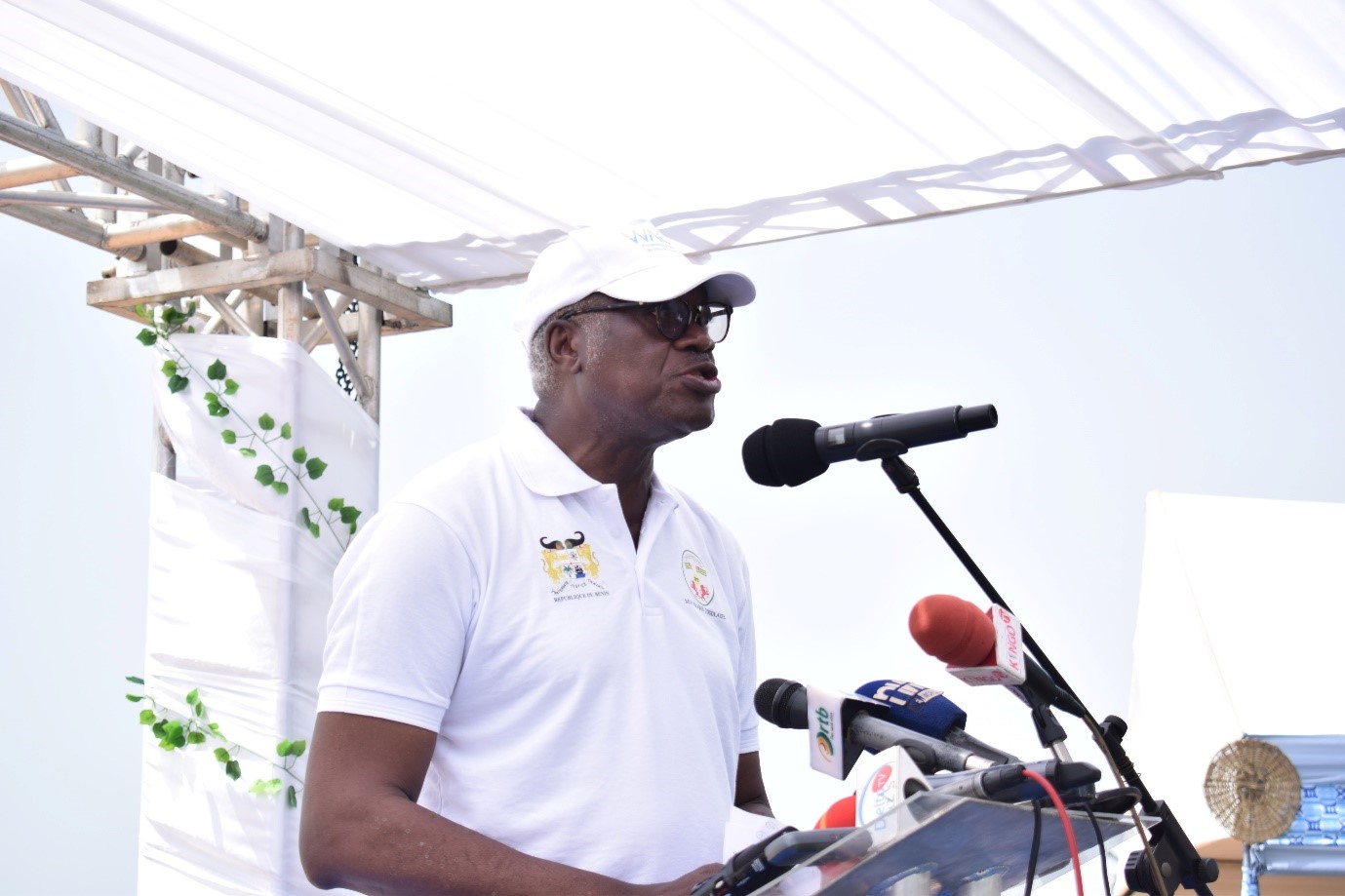 "The entire project will cost our two countries 63.48 million euros (including taxes), or 41.6 billion CFA francs, of which 12.49 billion for Togo and 29.14 billion for Benin," said Foli-Bazi Katari, Togolese Minister for the Environment.

According to the details recalled by Christian Esser, from the INROS-LACKNER control office, the work will include: the construction of 7 rock groynes, and the recharging with sand of the basins delimited by the groynes for the Agbodrafo area.

In the case of Agoué in Benin, this involves massive sand recharging from the new groin in an easterly direction over a width of about 200 m and a length of about 4 km, for 6.4 million cubic metres.

The entire project is expected to take 19 months and will benefit 200,000 people living along the coastline.

As a reminder, the WACA ResIP program, financed by the World Bank and the Global Environment Facility (GEF), is deployed in six West African countries, Togo, Benin, Côte d'Ivoire, Mauritania, Sao Tome and Principe, and Senegal.