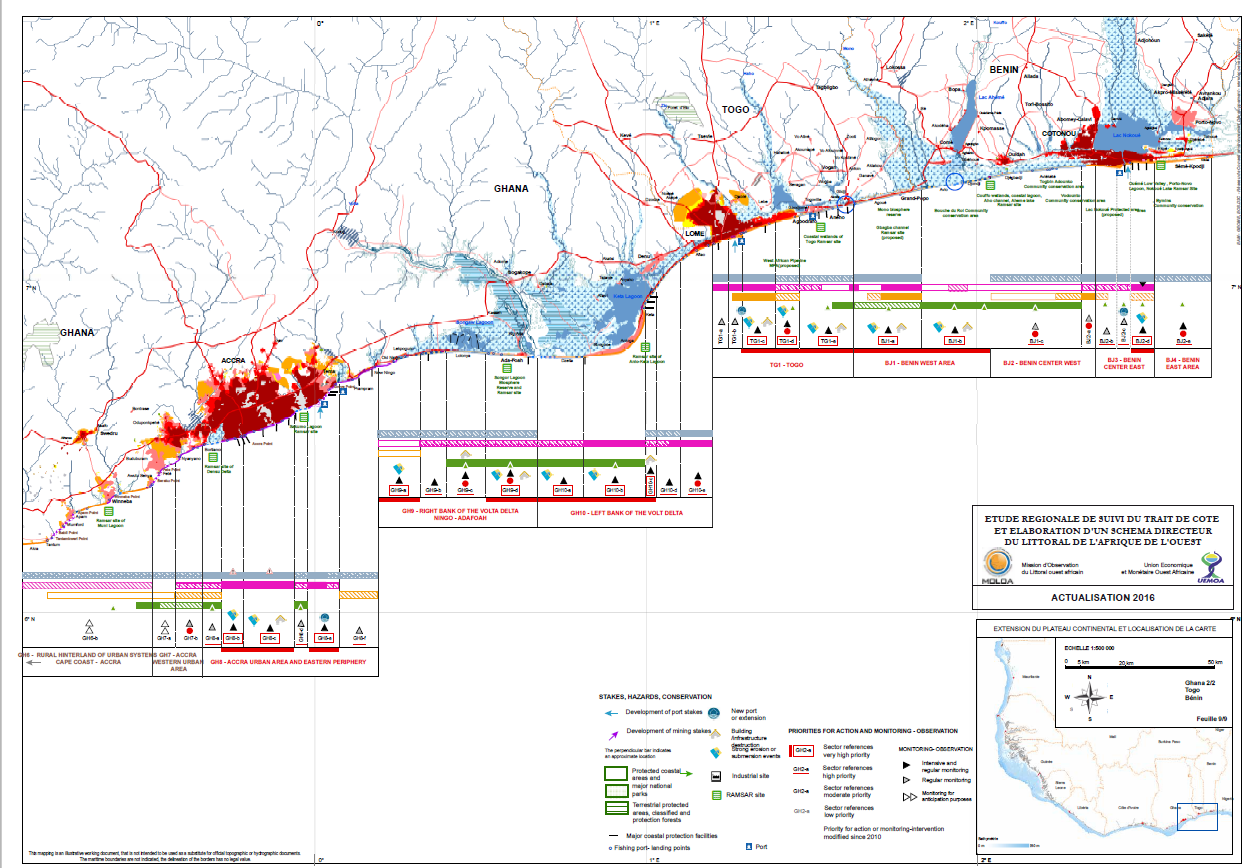 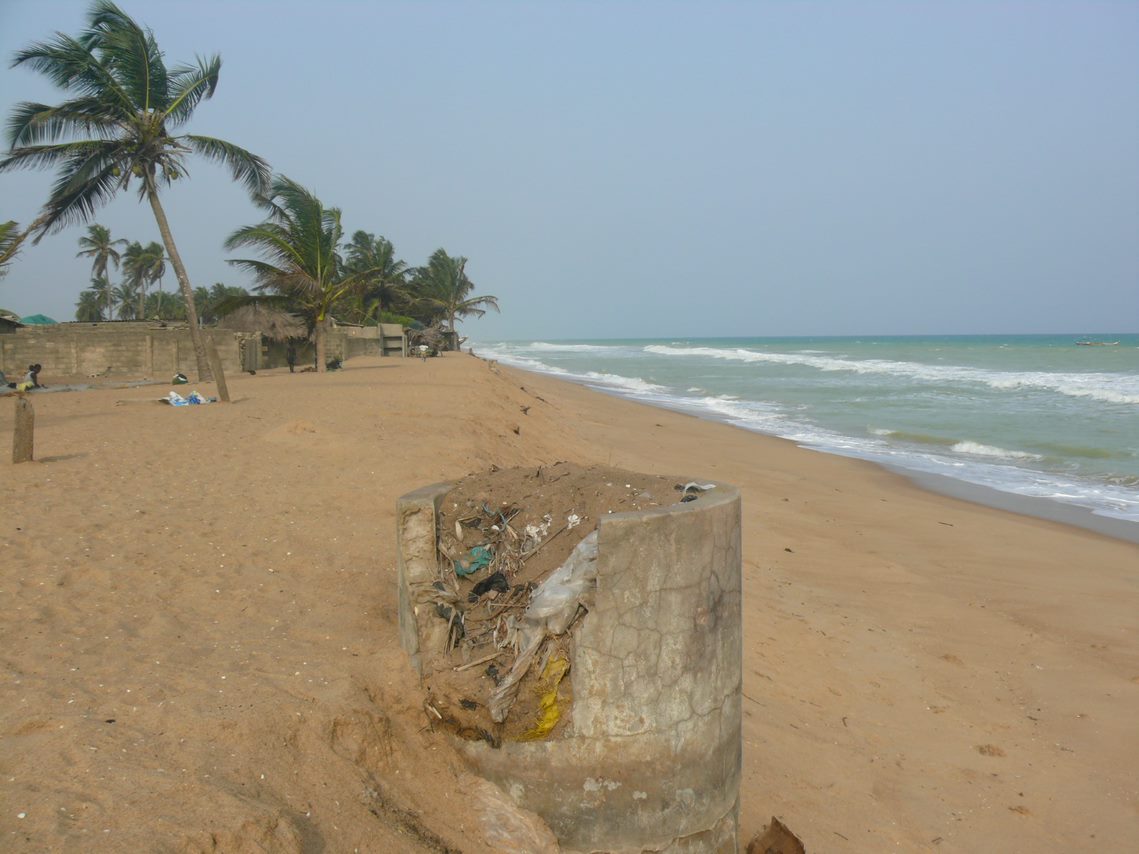 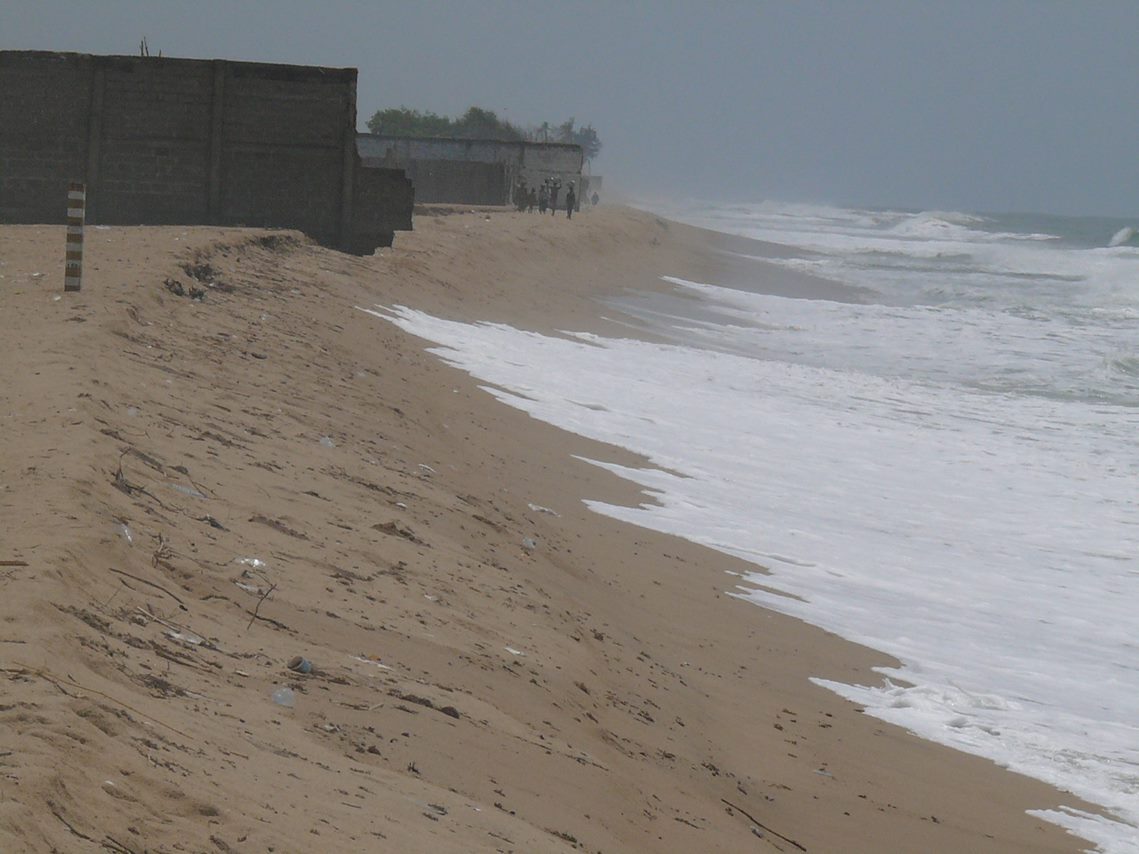 The coastal zone consists of low-sloping sandy beaches with tidal flats and shallow lagoons. The areas to the west include the Grand Popo lagoon separated by just a few dozens of meters from the ocean, and hence one of the erosion hotspots. The coastal area around Cotonou reflect the prevailing sand movement from west to east, visibly creating accumulation of sand to the west of the port and erosion to the east. The city of Cotonou itself is very prone to flooding due to poor drainage and land subsidence. Loss of natural habitat on the coast engenders a loss of biodiversity and natural services such as wetlands for flood control, areas for recreation and tourism, or, in the case of mangroves, protection against coastal erosion. Detailed information on Benin’s coast is provided here.

The WACA Multi-Sector Investment Plan for Benin was developed using a multi-criteria approach whereby economic, environmental, social and feasibility parameters were considered. In addition to outlining specific investment needs in coastal protection, infrastructure, and the maintenance need, the plan considers institutional and organizational reforms means for climate adaptation. There is ample well-defined opportunities for financing coastal protection measures in Benin.

The transboundary site between Togo’s Agbodrafo and Benin’s Grand-Popo is of high priority for the countries, and as a result there is a series on transboundary collaboration underway at technical and decision-maker level, and the two countries are expected to co-finance major transboundary coastal protection measures. As immediate action, emergency interventions are implemented while at the same time studies are underway to design and build long-term coastal protection infrastructure. In addition, the Mono River basin will be restored with a combination of dredging of lagoons for maintenance, river bank stabilization, revetment as well revegetation of the shores. For nearby communities at the Avlo site, the risk of erosion caused by the river will be reduced with a complementary approach, the regular opening of the Bouche du Roy. In Ouidah, and within the wider Chenal de Gbaga ecosystem, coastal erosion will be managed through a landscape-based approach, with the creation of community biodiversity conservation areas, made of wetlands and mangroves, to act as a buffer for the erosion, as well as to provide income-generating activities for the population.

The Ministry of Environment and Sustainable Development is the lead agency for the coastal resilience efforts. It has established a project implementation unit to coordinate project activities supported by multiple partners.

Benin is seeking partners with resources available to scale up support on coastal resilience. WACA Coordinator for Benin is Elias Hamidou SEKO.